In the last few weeks I’ve been lucky enough to be a wedding award winner with two new awards. This cracker of a photo won both of them!

I was honoured to win a British Photography Award. Sadly I was’t able to attend the black tie event at the Savoy Hotel (I was on holiday.) But I did win the people’s choice award in the wedding photography category. It was the inaugural awards so to be one of the first winners was pretty special. A massive thank you to Hugo and the rest of the team. Also thanks to Sam B – (an old school friend) for suggesting I enter it!

This same photo also won a Fearless Award. Possibly one of the highest honours in the wedding photography world. I’ve always admired Fearless and have been a member for a REALLY long time. Not limited to the UK but from wedding photographers from all over the world the standard is always sky high. The Fearless winners work is inspirational to me so it’s a privilege to have won an award in round 47. 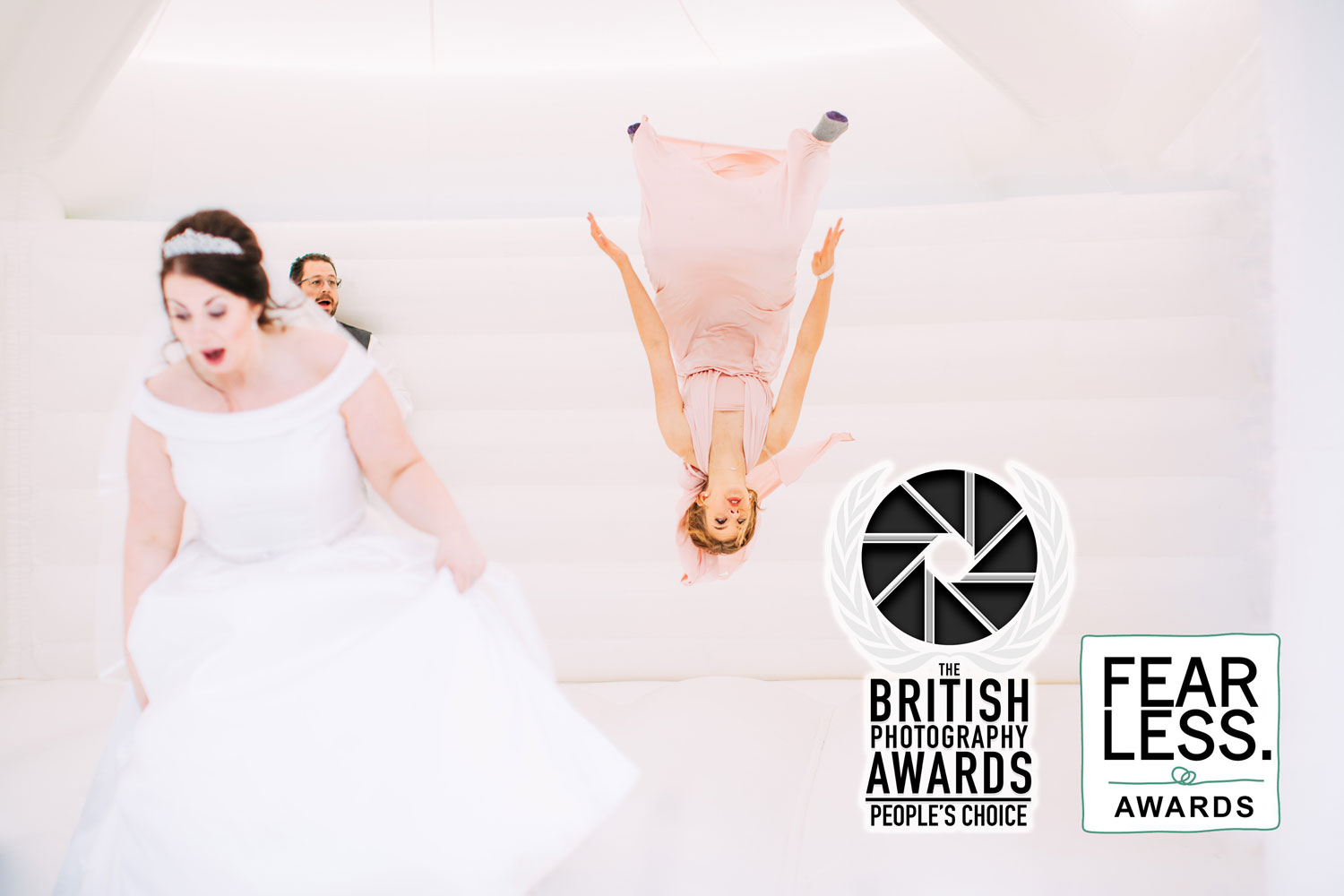 A bit about the photo…

This is a shot from Matt & LeighAnne’s wedding in Devon. The hotel had a bouncy castle in the grounds. This is a shot of a younger bridesmaid taking full advantage of it and demonstrating her skill to the onlookers. Luckily my camera can take many photos in a second, but I caught her doing a 360 – with LeighAnne running for cover. Despite their wedding being in May it had been a little bit drizzly. This shot was taken during the meal . The stopped and as I was my meal I noticed out of the window that the castle had been dried off and children were starting to get on. The ‘little ones’ were making full use of it and I headed outside to capture a few shots in the sun.

More and more people left the dining room and by the end there was a bit of a gathering around the castle as adults joined in too! This remains one of my favourite shots from their wedding and you’ll see it right at the front of my wedding photography portfolio here.

Awards
Share This
Back To Top
×Close search
Search